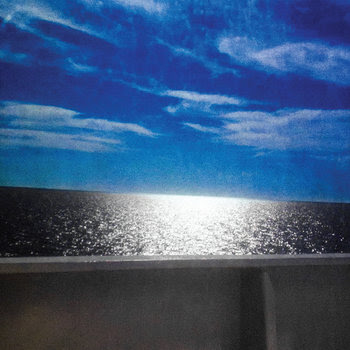 Hello gentle readers and welcome to Super Blog Saturday. Today is one of those rare days I get to loaf about and do absolutely nothing, which I'm not terribly good at. So instead of sitting in front of the television with a family bag of Kettle Chips and a silent film I'm online feverishly typing out a review.

The good news is, I have some stellar, stellar music for you today. I've been very lucky to work with PinDrop Publicity a lot, over recent months and this week I've another absolute corker from their stable to share with you.

Today, I'd like to introduce you to Michael Feuerstack and his wonderful new album "The Forgettable Truth", which comes out in the UK on 2nd March, but had an earlier release in Canada last month.

First of all, here's the link to his bandcamp page so you can preview some of the tracks:

And finally, here's the video for one of the lead songs on the album, "Clackity Clack"

Once again, I've been a lucky bunny and able to preview the entire album - not just the single and readers, you are in for a treat. Clackity Clack is a brilliant song, and well worth a listen, but that's not the only thing worth checking out. Michael is an artist of some note in his home country of Canada and as well as being a solo artist in his own right, he's collaborated over the years with Jeremy Gara from Arcade Fire, too. This new album, while released under Michael's name is a collaborative effort with some of his regular contributors Pietro Amato, Peter Xirogiannis and Mike Belyea.

It features some really strong songs - the aforementioned "Clackity Clack" is a superb number - softly gentle and wistful, emotionally stirring. But there are some great contrasts too - such as penultimate track "Blue Light" which has a great choppy, staccato feel to it. Opener "Receiver" is a sterling start, featuring a superb, driving guitar. It's a well produced album - showcasing Feuerstack's great vocals and there is a lovely, quiet passion to all the songs.

This is hopefully the album that will break Feuerstack to British audiences - and justifiably so. It's well worth adding to your spring playlists.
Posted by thegeneral at 07:39 No comments:

Hello, hello hello and a very Happy Sunday to you, one and all. We're at the point in the week where none of us are looking forward to Monday, and we're clinging on to the weekend like a lush to a gin bottle.

We all, therefore, need some most very excellent music to keep us all going. As usual, you can rely on me to bring it to you.

I've been aware of Bug Prentice for quite some time now (and I'm really lucky to call Ally Craig from the group, a friend - a lovely lovely smashingly talented fellow he is too - as are his supertriff compadres Ruth Goller and Stephen Gilchrist) . However, I've never been fortunate enough to review any of their material, but all that changes today with a timely feature on their new single "Nicholas Ray", which is due out in March on Bandcamp.

Here's the link to their bandcamp page - keep an eye on it for the release date and download for the single from hereonforthwithandhow:

and watch the video for it here:

But, here's the lowdown on the single:

I suppose I should try and say more. From the outset, the dissonant, off kilter guitars are a real breath of fresh air. It's nice to hear experimentation with soundscapes/chords/ time signatures in something so punky. It's also a track which is slightly leftfield in terms of subject matter - the film director Nicholas Ray (in case you hadn't noticed, it's the title of the song...).

So, in short, this is a single that you will all need to have in your collections as we head towards Spring. Punky dissonance, avant garde flair and just a cheeky little nod towards classic films. What more could you want? That's right. A cup of tea to go with it. They're talented, but I'm not sure they can manage that with every download of the single. So you'll have to put the kettle on yourself. In the meantime, hang tight till March and then go forth and buy buy buy/download download download and give this excellent group your support.

Posted by thegeneral at 05:08 No comments:

Craig Lawlor - If You Knew 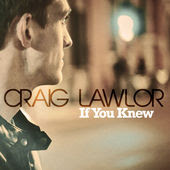 Howdy. It's Sunday afternoon, a time for quiet contemplation, cups of tea and Songs of Praise at 5.00pm. Before we reach this orgasmic pinnacle, I've just got time to bring you some brilliant brand new music from an act I've never featured before on these pages, but one I hope will now be a regular fixture.

Craig Lawlor, hails, like me, from Lancashire, and he really kindly emailed me his new single "If You Knew" last week and I'm so pleased to be bringing it to you today.

First of all, you'll need to know where to listen/buy it from - so here you go:

and you can also watch the video for the song here:


...and I highly recommend you do both. This is a wonderful single with a fantastic vibe to it. Brilliant guitars with a great drive to them and a slightly off kilter, distorted vocal which gives the song a slightly psychedelic feel in places. It's a nicely paced number too, it never loses its way and since I've been playing it, I've found it's got stuck in my head (which is always the sign of a great song, if you ask me)

Craig is an immensely talented musician and the video to go with the song is just lovely - nicely muted and sepia tinged. It supports the song really well and shows off Craig's cheekbones quite nicely too.

So all in all, this is a great number, perfect for a Sunday afternoon and I for one, really hope to hear more from Craig really soon. MORE PLEASE CRAIG. 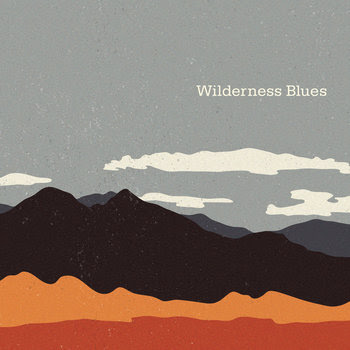 Hola, gentle readers. It's a sneaky super Monday blog post for you, and I'm hugely HUGELY excited about this one (yes, even though it is Monday, I'm freezing cold and knackered after a day at the coalface).

Last year, some of you more eagle eyed readers will remember I reviewed a stunning EP from a band called Toliesel, on One Note Records. If you don't, you can read the post HERE. I loved it instantly, and it seems like we've all been waiting ages for the follow up. Well (be still my beating trousers) it's arrived and my GOD it was worth the sleepless nights, the descent into depression and th...OK, I'm exaggerating a bit...

The new EP won't actually be out until 21st March, but you can take a cursory glance at it here:

..and also make your way over to have a listen to their other brilliant tracks.

However, today sees the release of the single from the EP - called "Bones", which you can stream here:

I absolutely implore you to do so. The new song marks quite a departure for the band, but it's one that's very worth a listen. The guitars are so infectious, so scuzzy and driven - and the song has a real US Alt-rock feel to it. What makes it different is the wonderful, plaintive voice of their lead vocalist, which gives the song a nice subtle contrast - making it feel just a cut above them being just "another" guitar band. "Bones" deserves your attention and some real air play. It's a hint of some wonderful new tracks to come on the new EP and once that's released in March, I'll be featuring it in it's entirety here on the blog.

But for now, marvel in the gloriousness of "Bones". A top song from a band that have got a brilliant future ahead.

You can find the group here:

Please give them your support.
Posted by thegeneral at 08:36 No comments: