Arcs and Trauma - This Place That I Love 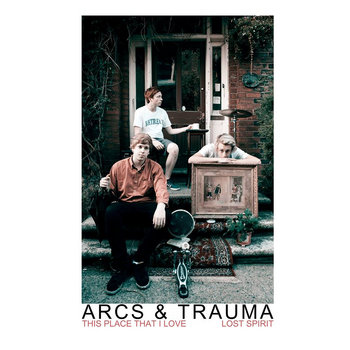 Happy Monday one and all. Actually, the words Happy and Monday should never feature in the same sentence should they? Let us verily screw that and move on. Anyway, it IS Monday and thegeneral hadn't thought to be posting again so soon. However, something brand new and oh so exciting came to pass and therefore an extra blog post was warranted.

You may remember (I bet you don't, though. You say you do, but I've seen the way you look at other blogs when you think my back is turned...) about twelve months ago, an introduction to a great group from the North East called Arcs and Trauma. You can read the previous post here and I recommend you do.

thegeneral really loves Arcs and Trauma a lot. They are fresh, inventive and full of spirit. They have just, in the last 24 hours, uploaded a new song and video to go with it onto the YouTubes. You can watch and listen below:

The song is called "This Place That I Love" and it's absofuckinglutely brilliant. It's energetic, gets under your skin and makes you feel proper alive. The video is nicely done, it's humorous, got a nice low-fi home-made feel to it which really matches the band's sound. Watch it right through to the end for a nice little out-take too. The song won't actually be released until December this year, but it's a great chance to listen to them and get to know their incredible talent. You can hear the new single here:

Once you've done that - hoik yourself over to their bandcamp page:

And familiarise yourself with their other EPs, which are equally awesome. Noisy, discordant, punky and yet at the same time, really endearing. They're a great band - thegeneral would really like you to give them some of your time.
Posted by thegeneral at 09:38 No comments:

Rivals - I'm Not An Animal 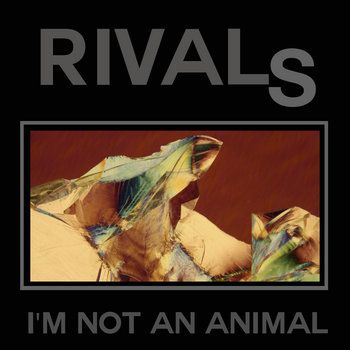 It's the weekend. Or if you're in France, le weekend. Anyway, wherever you are, welcome to it and I hope it's been nice to you so far, brought you breakfast in bed and perhaps a little fondle under the duvet.

Today thegeneral would like to introduce to Rivals - and once again, it's another brilliant act who are releasing on Tiny Lights Recordings (tagline - yep, you've guessed it - DIY as fuck). Now then, this is another heads up. The single isn't actually out until 28th October, but you can mosey on over to the bandcamp page below and have a look:

Listen to the song while you're there, too. It's a metally-slightly grungey-rocky-powery-poppy-punky effort with great lyrics and an energetic vocal:

"Never forget that weakness is the thing that keeps us human"

Which to be honest, no matter how it's bellowed at you, speaks volumes - and as thegeneral is in a bit of a headfuck at the moment, there's never been a better time to remind yourself that this statement is very very true indeed. Gosh, if you ever need waking up or bringing to, then this is the record to do it (especially if you've been lucky enough to have a fondle under the duvet. HAVE YOU??? WELL HAVE YOU??? OWN UP...)

So head on over and give Rivals a listen. The 7 inch vinyl run of the single is limited to 350 copies only, so get in there quick sticks and pre-order if you know you want it, as the band's debut single "Wax" sold out super-duper fast when it came out earlier this year.

Posted by thegeneral at 10:46 No comments: 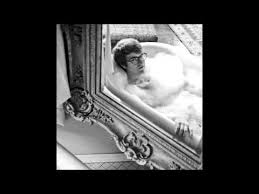 Now then. Here's something to comfort and soothe you on this fractious Wednesday evening (and it's more fractious than a toddler without Kia-ora and no Tweenies on the telly). Dent May. thegeneral thinks very highly of Dent May. If you've never come across him before then now is the time to give his lovely music a try.

His new album "Warm Blanket" came out on 2nd September and if you'd like to give the whole thing a listen before you commit to buy, head on over to Spotify and stack it up.

You can also check out his website here: dentmay.com/ and have a look at his previous stuff. thegeneral highly recommends his tracks "Howard" and "God Loves You, Michael Chang".

Dent's music is so warm, so friendly and so easy to listen to. One of his previous songs from an album called "Do Things" is called "Best Friend" and you feel, in listening to him you ARE making a new friend.

But back to the new album.

If you like laid back, chilled out pop with just a smidge of pathos, then this is the album for you. If you don't, then fuck off and find something else. "Born Too Late" is a complete delight and is the stand-out track. "Born too late to tell you I love you, baby, but I want you to know I've been thinking about you lately", it's upbeat, yet wistful and sentimental without being vomit inducing. The same can be said of "Ready To Be Old" too. It's got a really good feel to it, slow and warming.

It's rare you can say you have an album and there isn't a duff track on it. This is one of those rare occasions. Dent May will make you feel happy and content. That's all you need to know.

Posted by thegeneral at 10:49 No comments: 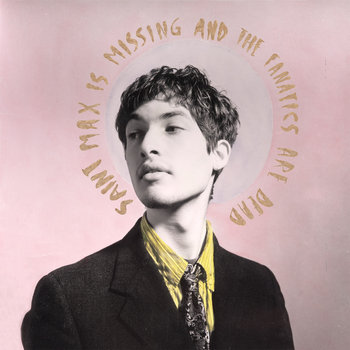 Welcome to the weekend you craven sluts - no, don't bother moving from your slovenly pit on my account, though you could have hoovered round a bit before I turned up...

It's Saturday and today thegeneral is going to introduce you to a band that are very special indeed. Saint Max and the Fanatics.

Oh my, Saint Max and the Fanatics. OH MY.

This post is really a heads up in anticipation of the group's debut album "Saint Max is Missing and the Fanatics are Dead", to be released at the end of October through the frankly delicious Armellodie Records. However, if you go to their bandcamp page: (link below)

You will be able to hear two of the songs from it (Soul Surrender and She Sings a Lovely Lullaby) well before release date. The album also contains tracks from last year's frankly awesome eponymously titled EP, too - which you can find by looking on the abovementioned site. Also, before you read any further, clicketh ye the YouTube clip below and have a look at them in action:


So, why should you include Saint Max in your record collection? Quite a few reasons. You know when a band instantly make you happy? That moment when you hear an opening riff, or the lead singer merely opens their mouth, an exciting sound comes out and it makes you smile and instantly want to move yo' butt?  Saint Max and the Fanatics will do that. Last year's wonderful "A Life Worth Living" and "Let 'em Have It Sunshine" are testament to this - infectious, beautifully written and performed and just a fuckawesome sound. They're punky, they're ska-ish, they're poppy, they're indie but they're never dull or boring. It would be a crime if these guys didn't make it big - there's a genuine charisma and star quality to the band and gosh, oh gosh thegeneral loves them so. Please go and pre-order their album and give them and Armellodie Records your support. That's a giant great big cocking order, OK? 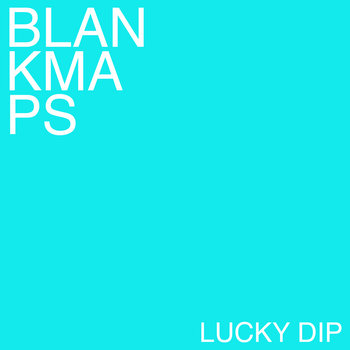 Alright? Yeah, course you are, it's nice to see you looking so well. I LOVE what you've done to your hair. It's Tuesday and time to introduce to you yet another brilliant band. Today it's the turn of Blank Maps.

This is their latest EP type thing and it's going to be released properly on October 14th through the frankly brilliant Tiny Lights Recordings (tagline: DIY as fuck...).

Lucky Dip is just wonderful. It's chippy, tingly and it makes you want to move. It's beautifully multi-layered and there's a real feeling of space juxtaposed with tightness in the song. Vocalist Thom Piddock has a really great feel to his voice and his slightly falsetto style seems to marry perfectly with the staccato nature of the beat.

Here's a little look at one of their previous efforts. The sparkly Everything Ends


As always I direct you to their bandcamp page to have a look at this EP and their other stuff. Previous releases are the aforementioned Everything Ends and Blank Maps. I urge you to give them a listen. thegeneral really rather likes them a lot and hopes you do too.

blankmaps.bandcamp.com/
Posted by thegeneral at 10:16 No comments: