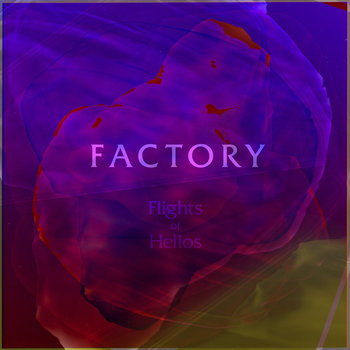 Welcome to the weekend and a brand new blog to see it in (well, technically speaking we're halfway through aren't we, but sod convention, I've been awake for nearly two days)

I have a right gem and a half for you today, you lucky buggers. Those of you who pay attention to this page on a regular basis (and I know there's at least one of you, and that you do have all your own teeth) will remember that way back in December last year, I featured a mini-series of acts from PinDrop Publicity, based in Oxford. One of those was the frankly awesomesauce Flights of Helios. I adored their last single and was so pleased to get an e-mail this week asking me to feature their newest gramaphone recording.

First of all, as always, the necessaries, here's the link to their bandcamp page so you can listen for yourself:

It's a wonderful sound. It starts off slowly, but opens into an almost Neu! like Motorik beat, reminiscent of Krautrock - a driving, pulsing rhythm, in part reminding me of "Hallogallo" from their eponymously titled album. The vocal is, in the nicest possible way, delicately downbeat. It's full of pathos, it feels achingly drawn - with a Curtis-esque like sense of emotion. As the track progresses it moves into fuzzy distortion, into the realms of drone-pop, it's a track of many different layers, which on paper shouldn't work, but in reality, does. I felt as though it was really familiar after only one listen, after a few it felt like it was something I'd known for years. I genuinely love these guys and think that this is probably my favourite track of theirs to date.

There is also an accompanying video to go with the single, which I highly recommend you watch. It was shot by friend of the band Liam Martin and features members of the Awkward Actors group:

Please if you can, give this new single from Flight of Helios a moment of your time, and also go back, read my previous post and visit their last single "Star//Crows", also highly worth investing your time and money in.