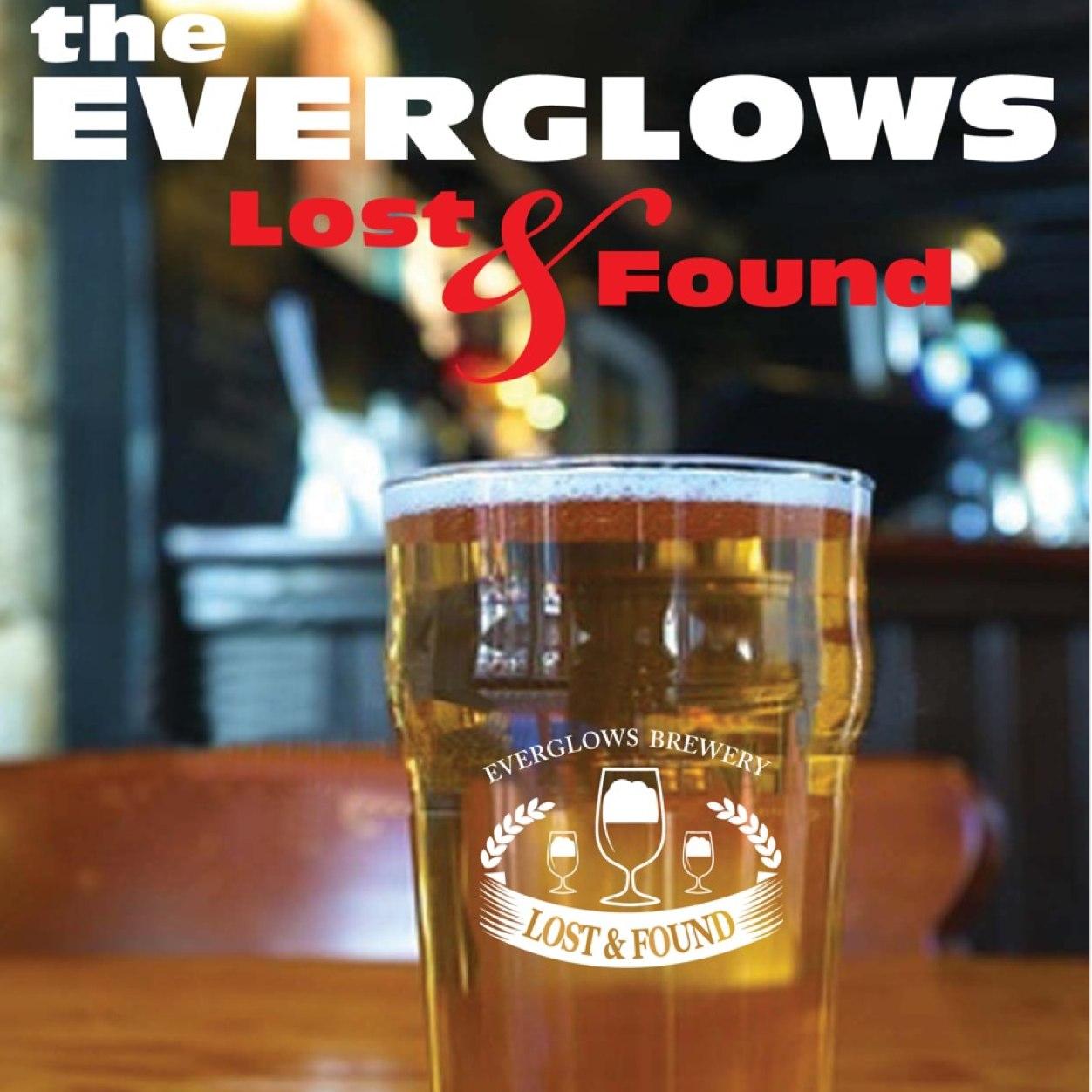 Good afternoon. Or if you're reading this later, GOOD AFTERNOON - WHAT TOOK YOU SO COCKING LONG?

I'm back for another short stint of blog catch-ups and we're going to begin today with another of my 'Sounds Like' features. That's right, I've managed to convince another band to talk to me. I don't know how I've kept getting away with it for so long - but I have.

Today's topflightshowbizinnervoo is with a favourite of mine, and a band that have graced these pages on many a previous occasion. Welcome back to The Everglows. You can read all my previous posts on them HERE.

The band have another stonker of a track out, and they've asked me to give you a heads up on it - and also share with you the video for it, which I'm happy to do. It's called "Lost and Found" and it is, as all their previous stuff is, hugely worth a few minutes of your time.

But now it's time to see the results of my gentle probing of the band, with my probing thing - thanks so much to Andy and Ray for putting up with my mithering!

1.) The new single is another absolute corker, it's got a slightly different, more mellow feel to your other tracks - was it a conscious decision to go take that route or did it just happen (I'm going to make you cringe now...) "organically" (like a mis-sharpen courgette) :D

Andy: The new track Lost and Found came to me while queuing at KFC! It's got a break in it that I wrote a while back but didn't fit with anything else. I wanted that laid back drinking in the sun feel to it. We did need a slower song in the set as its usually pretty full on.

Andy: Definitely 60's. It influences everything music, clothes, decor etc. My van even has a target on the side!
3.) You've got quite a nice nod to psychedelia going on with your stuff and I've noticed a few other bands I've reviewed are leaning towards this too, is it time for a proper Renaissance of this genre - or is (musical) nostalgia not what it used to be?

Andy: The musical era that influences me most are the 65'-69' period where psychedelia were first featured and explored so its bound to influence the sound of the band. Plus it sounds pretty cool...

Ray: Its always time for another revival of Psychedelia, it is unquestionably the most experimental, creative period in music history.
4.) What's next for the band - gigs, recording wise?

Ray: There are some new tunes in the pipeline, one of which is typically Everglows but another will surprise our listeners I think as it has a slightly different feel. (Two Minute Hero).

Andy: We've got some good gigs coming up, 4 in the next 4 weeks including The Dublin Castle and The Finsbury in London. Once the gigs are over we're gonna record some new material that's been played live the last few gigs.
5.) Finally, The Everglows are having a dinner party at Everglow Towers. You can have three musical heroes as guests. Which of them brings the starter, who brings the main course and who brings the pudding? (You can have a bonus guest to pop along with the cheeseboard, but only if they swear not to bring Stilton...)

Andy: I'd have The Small Faces bring the starter, something cheeky and cockney. Then an Indian brought in by The Beatles picked by George. Amy Winehouse for dessert to chill you out and Blur to bring over one of Alex's delicious cheeses to have with crackers.

Ray: Jack White for the starter would be Boccadillos (small fried fish in batter), Frank Black for the main which would be a chicken Vindaloo curry & then Keith Moon for the dessert of Cherry Cheese Cake because that would probably end up all over the walls after the food fight that would ensue.


Thanks guys for a brilliant interview - and readers, don't forget to head on over to their bandcamp page to buy their new track - you can find it here: